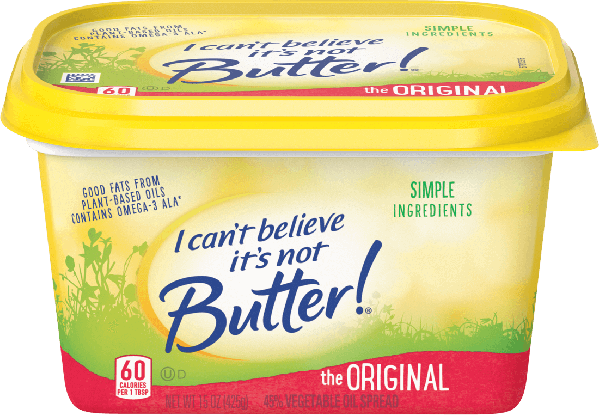 We like to help our patients maintain the health of their spines by sharing with you basic essential nutrition. I have been advising on nutrition for the last 15 years and like to share them with you. Our first highlight is the government’s new rules regarding trans fatty acids or Trans Fat in Singapore, more commonly known as margarine, hydrogenated fat, or vegetable shortening. If you have cholesterol or heart problems this article may interest you.

This will contribute to your chance of getting the cardiovascular disease or a heart attack. If you have margarine in your fridge, I suggest you throw them away. So let me give you some of the facts and then some good news (finally) regarding trans fats in Singapore and where some eateries may still be using trans fat including hawker centers and restaurants.

It has been linked to a greater risk of cardiovascular disease, as well as a heart attack. They are found in processed foods and fast food meals, yet their potential danger is often overlooked by consumers. By understanding the risks associated with eating trans fats also known as partially hydrogenated oils (PHOs), people can make more informed decisions while grocery shopping or dining out.

Trans fats occur when unsaturated fatty acids are altered chemically to create saturated fat. This process increases the shelf life and stability of certain products, but also causes health problems for those consuming them. Studies have shown that eating trans fat raises LDL cholesterol (the bad kind) levels in the body and lowers HDL cholesterol (the good kind). Additionally, partially hydrogenated oils consumption has been directly linked to an increased risk of cardiovascular disease along with stroke and diabetes.

They are widely known to be unhealthy, but many people do not realize how dangerous they can be. Eating foods with partially hydrogenated oils increases the risk of cardiovascular disease and heart attack by 20-30%. It can be found in processed foods such as margarine, fried fast food, snack cakes, cookies, and crackers. In addition to causing cardiovascular diseases, trans fats have been linked to type 2 diabetes, stroke, and other chronic illnesses. American Heart Association recommends consuming no more than 2 grams of partially hydrogenated oils per day; which is equivalent to 1 tablespoon of margarine or two tablespoons of shortening.

It is important for consumers to understand that even a small amount of it can increase the risk of a heart attack or stroke over time.

Partially hydrogenated oil is a dietary ingredient found in a variety of foods and can come from both natural and artificial sources. Natural Partially hydrogenated oil is often found in animal products such as dairy and red meat. It has been shown to increase the risk of cardiovascular disease, diabetes, and obesity, among other health issues. However, research suggests that the number of trans fats found naturally in food is not as high as those added artificially during food processing.

Artificial partially hydrogenated oils are used to prolong shelf life and improve flavor. They are created by adding hydrogen to vegetable oils in order to solidify them into more stable products such as margarine or shortening for baking. These fats have been linked with many health problems since they can raise bad cholesterol levels while simultaneously lowering good cholesterol levels.

Today, more and more people are becoming aware of the dangers of Partially hydrogenated oil in their diets. Partially hydrogenated oils are man-made substances used by food manufacturers to increase the shelf life and flavor of food products. Unfortunately, PHOs are now considered one of the most dangerous ingredients found in snacks, fried foods, and fat spreads due to their ability to significantly raise LDL cholesterol levels – increasing the risk for heart disease.

Consuming PHOs can be extremely hazardous to our health – however many people are still unaware that these artificial partially hydrogenated oils exist in popular snack foods such as cookies and crackers. While it is true that some natural sources such as red meat contain small amounts partially hydrogenated oils, these sources pail in comparison to how much we get from processed snacks which often contain high amounts of PHOs.

Since the announcement of the PHO ban in June 2019, manufacturers have been working to reformulate their high-risk products and remove all trans fats from their recipes. Partially hydrogenated oil is found in some food items, such as fat spreads and frozen cakes, and can increase a person’s risk of developing heart disease or stroke.
The removal of trans fats has been largely successful. Manufacturers have adopted new techniques that are being used to create products without using partially hydrogenated oils (PHO). As a result, these changes have allowed consumers access to healthier alternatives on store shelves.

Consumers can now find low-fat spreads or frozen cakes with no trans fats listed on the ingredient label due to this reformulation effort.

The implementation of a ban on trans fat in June 2021 is proving to be a success. According to our surveillance, we have not detected any non-compliance since the new regulation came into effect.
This achievement is significant, considering the health risks that trans fat can impose on individuals who consume it. Trans fat increases levels of bad cholesterol and decreases levels of good cholesterol, which can lead to serious heart diseases and other cardiometabolic illnesses such as stroke and diabetes. Without proper regulations in place, these products would still be available for public consumption which could put millions of people at risk for these diseases.

Our surveillance team has been working diligently with food manufacturers, retailers, wholesalers, and importers across the country to ensure that all products are compliant with this new policy.

Controlling (PHOs) intake is a difficult task – it’s hidden in many food products like ice cream, processed meats and baked goods. But by working with manufacturers on reformulating their recipes to use healthier alternatives like vegetable oil or sunflower oil instead of partially hydrogenated oils, Singapore was able to reduce the levels of partially hydrogenated oils consumed by its citizens significantly.

The Health Promotion Board (HPB) recognizes the importance of a healthy lifestyle and continues to monitor trans fat intake among Singaporeans. Trans fat is an unhealthy type of fat found in foods like margarine, deep-fried foods, and processed snack food. A high intake of trans fats can increase the risk of cardiovascular diseases such as heart attacks and strokes.

In order to ensure that Singaporeans are eating healthily, the HPB has been conducting regular surveillance on average daily trans fats consumption since 2007. Through this initiative, they are able to understand the dietary habits of people in Singapore and identify potential risks posed by trans fats consumption. They also work closely with food manufacturers and retailers to ensure that there are healthier choices available for consumers. This helps reduce exposure to unhealthy levels of trans fat while still providing tasty options for their customers.

Harvard University School of Public Health says that “we know that eating trans fats increases levels of low-density lipoprotein (LDL, “bad” cholesterol), especially the small, dense LDL particles that may be more damaging to arteries. It lowers levels of high-density lipoprotein (HDL) particles, which scour blood vessels for bad cholesterol and truck it to the liver for disposal. It also promotes inflammation, an overactivity of the immune system that has been implicated in heart disease, stroke, diabetes, and other chronic conditions. Eating trans fat also reduces the normal healthy responsiveness of endothelial cells, the cells that line all of our blood vessels. In animal studies, eating trans fat also promotes obesity and resistance to insulin, the precursor to diabetes.

In the Speech by our Minister for Health, Mr Gan Kim Yong, at the National Heart Week/ World Heart Day, he said, “According to the World Health Organization, cardiovascular diseases are the leading cause of death worldwide, accounting for 30% of all global deaths. By 2030, it is estimated that almost 23.6 million people will die from cardiovascular diseases every year and the largest increase in the number of deaths will occur in the South-East Asia Region. In Singapore, ischemic heart disease accounted for 18.7% of all deaths and was the 3rd leading cause of admissions in 2010.

In other words, your heart and your blood vessels are going to clog much easily leading to strokes. You know it is a big deal when the government is going to enforce all food packages with labels to include information on trans fat in Singapore to help you make a choice when buying food at retailers. I applaud and am thankful they are doing this as I believe it will be a significant positive health impact to Singapore residents. As a national service man, I know they serve margarine in the curry puffs and margarine spread for bread to us when I was serving In-camp training. I hope they make those changes there too. When you can, avoid deep-fried food, trans fats, and increase consumption of monounsaturated oil, like olive oil, and use omega-3 fatty acid supplements to balance your omega 3:6 ratio.

How much trans fat is too bad for our health?

Answer: Amy Khor, Minister of State for Health and Manpower, said: “According to HPB’s 2010 National Nutrition Survey, three in 10 adult Singaporeans exceeded the World Health Organisation’s recommended daily limit of two grams of trans fat. “Two-thirds of these people are younger adults aged 18 to 39 years, of which 10 percent had trans fat intakes of more than double the recommended limit.

Is trans fat in Singapore really a concern or are we just following the trend from other countries?

How much trans fat is going to be allowed according to the regulation?

Answer: The regulation limits trans fat to no more than 2g per 100g product for fats and oils supplied to local food service establishments and food manufacturers, as well as fats and oils sold in retail outlets. That means it is not entirely “trans fat free.”

When is Singapore planning to implement the new trans fat regulation?

Answer: The Health Promotion Board (HPB) says Singapore’s food industry is on track to meet new trans fat regulation by May 2013. For now when you buy breads some of them already have no trans fat. When you get peanut butter watch out for those with trans fat. NTUC have some good 100% peanut butter with no trans fat in them. Buy those.

How will the trans fat regulation impact our health when we eat in Singapore?

Answer: “With the total switch to fats and oils meeting trans fat requirements by 2013, the average intake among Singaporeans who had previously exceeded the trans fat limit will be reduced by at least 60 per cent from 3.7 grams to 1.6 grams. This means for these Singaporeans, their risk of getting heart disease will be cut by 10 per cent.”

What about foods that are not labelled, how will I know they have trans fat?

Answer: This is a great question. What I eat at the hawker center to order Prata, I would simply ask what oil they were using to make the Prata. Many of them buy their Prata dough from suppliers which may also use trans fat. Basically you have to find out for yourself. Would it be great if the government could start giving grading to food retailers on the quality of food like ” A GRADE for NO Transfat Use, NO MSG” for example.

What are the most common food sources that have trans fat in Singapore?

Answer: Trans fats in Singapore are found primarily in foods containing shortening, margarine or partially hydrogenated oils such as commercially prepared baked and fried items. Sources of trans fats consumption by Singaporeans include pastries, cakes, doughnuts and biscuits. When you order a bread toast you won’t know if the bread has trans fat but you can ask if the “butter” they gave you was real butter or was it margarine.